Growing up in Virginia and knowing the amount of history that happened here is something I took for granted, as many do. School trips to places like Jamestown and Mount Vernon were never too far a drive, and even George Washington’s childhood home in Fredericksburg was only a stone’s throw away from my own.

Fortunately, I realized how special these places were sooner rather than later. I love the feeling of time and place that’s captured at many historic sites, and find comfort in knowing their landscape will go mostly unchanged for many years to come. But recently, significant changes have made way into some Virginia’s most prominent historic sites, changes that many believe were long-overdue.

Decades-long research and archaeology has uncovered facts and stories about the enslaved communities who once lived and worked here. These findings have led to many recreated structures and dialogue that better represent the lives of the enslaved. They have given me reason to visit again and often, but more importantly they’ve allowed the sites to tell a more comprehensive story of the past.

Notable sites telling the stories of their enslaved communities are featured below along with other new exhibits and helpful information for planning your next visit. 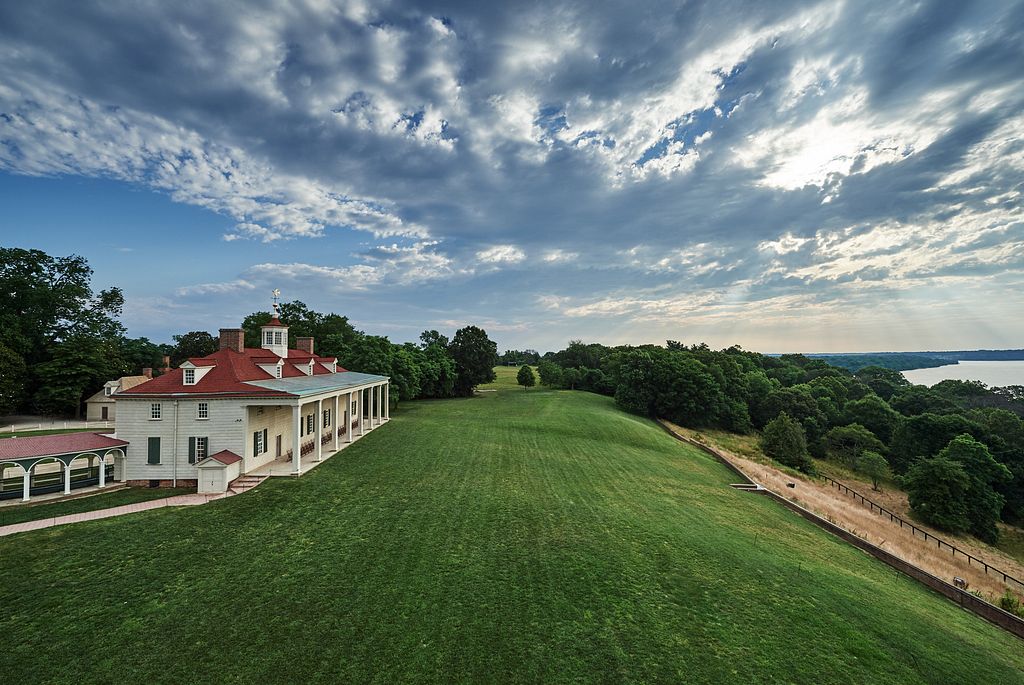 Home of the first U.S. President and Founding Father, Mount Vernon is perched high above the Potomac River just outside of Washington D.C., where Washington lived from age 22 until his death in 1799. More than 300 slaves worked the 8,000 acres over his lifetime, and he was the only slaveholding founder to free his slaves in his will. 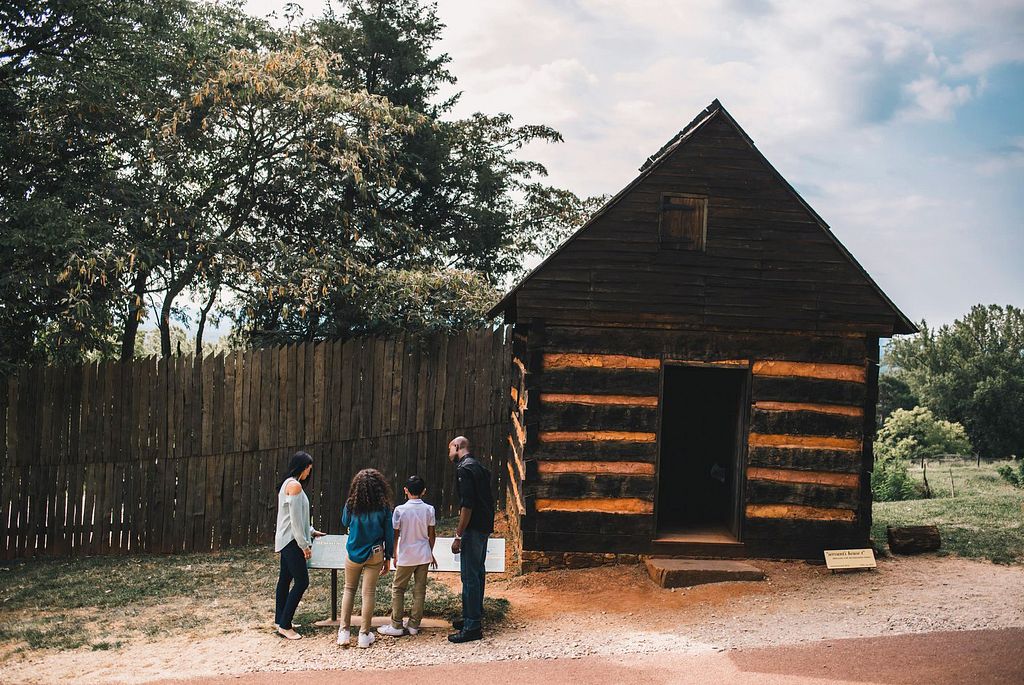 An autobiographical masterpiece, designed and redesigned for more than 40 years, this mountaintop estate lets you glimpse into Jefferson’s life and many accomplishments, as well as the paradox he lived by illustrating “all men are created equal” while enslaving more than 600 people over the course of his life.

Monticello underwent a multi-year restoration of Mulberry Row, once the industrial “main street” of the 5,000-acre agricultural enterprise. Learn more through a slavery tour and visit the “Life of Sally Hemings” – Jefferson’s concubine who not only bore several of his children but successfully negotiated their freedom as well.

Know Before You Go: Open daily from 10:00 a.m. to 5:00 p.m. with the first tour starting at 10:15 a.m. and the last at 4:10 p.m. Arrive 30 minutes before your scheduled tour and park at the visitor center where you’ll take a short shuttle to the house. After your house tour, explore additional tours and exhibits on the grounds included in the price of admission. 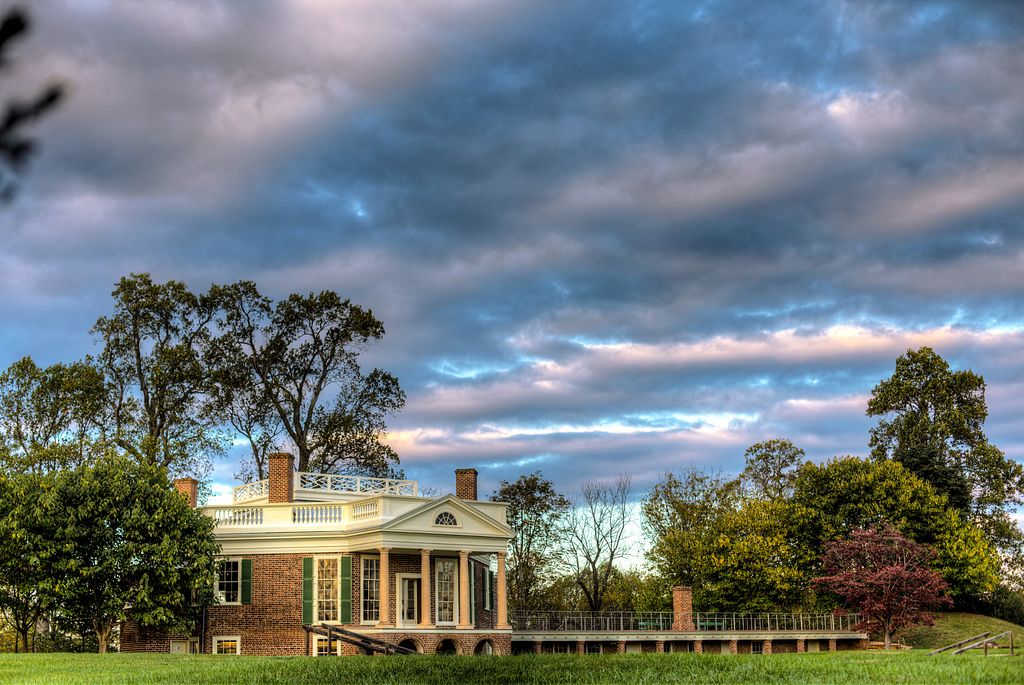 Jefferson owned several plantations, but only designed and built elaborate homes for himself at Monticello and Poplar Forrest. Poplar Forest was his personal retreat where he “came to indulge in the life of the mind and renew his personal creativity.” Explore its restoration and see how the neoclassical architecture of the octagonal house has been returned to Mr. Jefferson’s design.

Learn about those who labored for Jefferson’s happiness through a guided enslaved community tour. 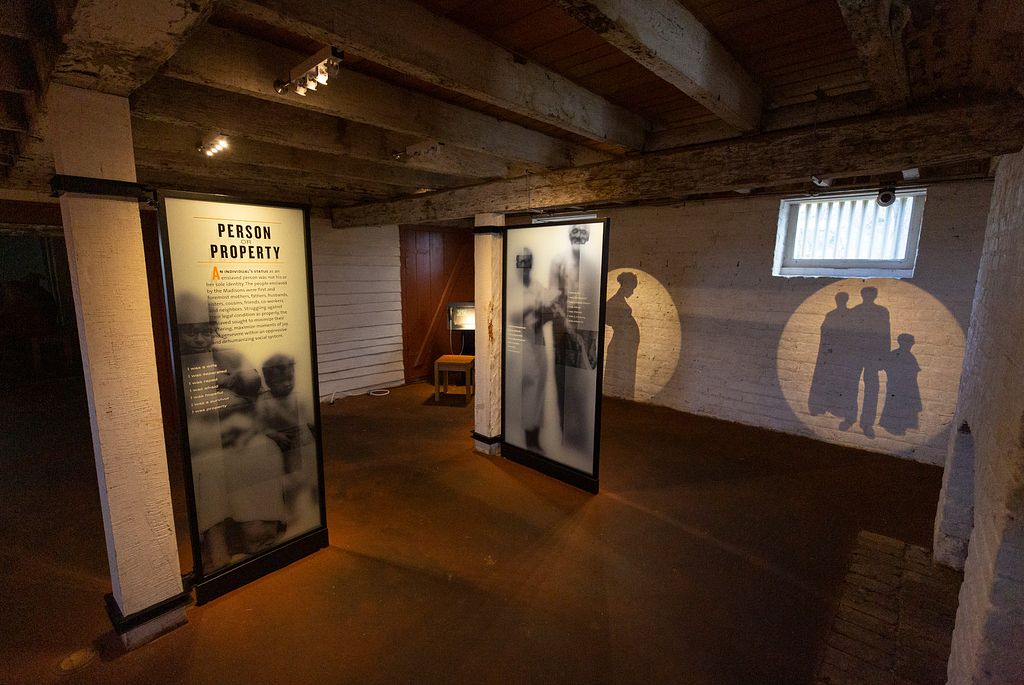 Learn about Madison and his critical role in drafting the U.S. Bill of Rights, as well as his conflict with the institution of slavery. The fourth U.S. President and Father of the Constitution did much of his research and writing at Montpelier, where his desk still sits in the library today.

Archaeological research is returning the House and landscape to its original appearance. “The Mere Distinction of Colour” exhibition, located in the cellars and south yard, examines the paradox of America’s founding era, exploring slavery to connect the past to the present through the lens of the Constitution. Neighboring Monticello, Monroe was a close friend and student of Jefferson who urged him to move to the area to create a “society to our taste.” Monroe spent half of his 50 years of public service at Highland. Set on more than 500 acres, the house and gardens are nestled along a ridge with a landscape preserved much like Monroe would have known it.

Archaeologists found Monroe’s Presidential Guest House built in 1818 and a new augmented reality tour brings it to life through a digital rendering. No place feels as alive and authentic as the streets of Virginia’s colonial capital. Step back in time with historical interpreters portraying real people who lived in 18th-century Williamsburg, such as Patrick Henry, George Washington and the young Thomas Jefferson, along with lesser known figures like Aggy of Turkey Island, a slave fighting for her family’s freedom while entangled with her master.

Know Before You Go: Find free parking at the visitor’s center. Hop on a colonial carriage ride or explore by foot or shuttle bus. Check the daily event calendar and plan around your interests. The grounds and taverns are public, but an admission ticket is needed for events, performances and building entries.

Virginia’s beginnings were established in 1607 at the first permanent English settlement in the new world. Explore the original settlement at Historic Jamestowne with onsite archaeology and exhibits telling the stories of its three cultures – European, Native American and African. Visit the adjacent Jamestown Settlement museum for more exhibits, films and recreated living history.

Know Before You Go: Plan to visit both Historic Jamestowne and Jamestown Settlement, adjacent to each other along the James River in Williamsburg. Both are open daily from 9:00 a.m. to 5:00 p.m.

Read more incredible Virginia stories when you order a copy of the 2021 Virginia Travel Guide.